Wales have moved two spots ahead of their British rival England in the latest world rankings by FIFA. 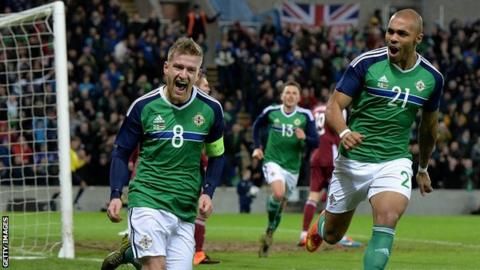 Following victories against Moldova and Austria in the recent World Cup qualifiers, the Welsh side has moved five spots in the new rankings.

The Chris Coleman-led side is now the highest ranked British side, despite the criticism of the manager and his team. They are ahead of the star studded and more revered England side despite their wins against Malta and Slovakia. The Gareth Southgate led side is a victory away from Russia 2018 but they remain behind Peru but ahead of Uruguay and Italy. Wales are 13th, with England separating Mexico in 14th and Uruguay in 16th. Italy, Croatia and Slovakia line up respectively with Northern Ireland in the 20th spot.

In the rest of the UK nations, Scotland moved from 58th to 43rd while Northern Ireland moved to 20th place.

There are planned games for the European World Cup qualifiers next month and the play-offs in November. The rankings would play a part from December to help teams get a favourable draw for the forthcoming World Cup in Russia. For example if Wales finish in the second spot in their group, the rankings – if maintained or bettered – would help them get favourableseedings.