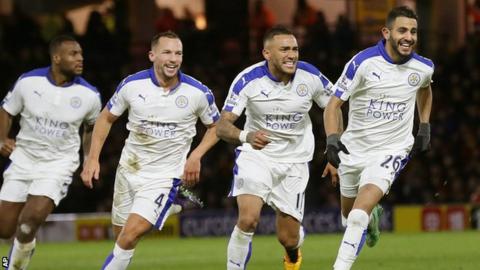 “There’s still work to do but, in most people’s eyes, it is done and dusted.

“Leicester can win the title at Old Trafford… it sounds incredible.

“I’m covering it on the radio and there are three of us going up in the car. If they win, it won’t be me driving home.

“Everyone’s pinching themselves because it’s an unbelievable achievement,” the Match of the Day pundit added.

“These players will be legends at Leicester. They have done it with class and quality and it’s good for football. It’s a beautiful story.”